Is Britain Having A Tech Boom? 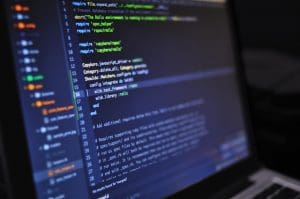 In 2002 half a decade of heady excitement about the money making potential of the Internet came to a shuddering halt.

Several years of over investment, mainly in the US, and mainly in dot com businesses that looked like interesting and worthwhile projects (but seemed incapable of making any money), caused what we now know as the dot com crash.

It was the first major financial calamity of the internet age but it is unlikely to be the last. Ever since, whenever companies such as Facebook or Twitter have been floated on the stock exchange, financial commentators have muttered the words ‘dot com’ and ‘crash’ ominously.

There is good reason to be cautious with investments in new technology and online ventures; the rate of dot com failures is extremely high and for every Instagram or Facebook type business there are countless failed ventures.

Even with the chances of tech success being so low, it hasn’t stopped a generation of UK based start ups from helping to build a vibrant new part of the technology sector in the UK.

The good news for skilled IT professionals in the field is that the tech sector is keen to hire, with over a third of start ups looking for new staff.

It is predicted that the sector will contribute £12bn to the economy over the next decade, and the recent London Technology week saw an influx of 30,000 visitors to the capital to see how Britain’s tech sector was powering ahead.

This is all good news, especially if you work in the IT sector, but how does it affect the rest of the economy?

Global trends forecaster Oxford Economics has predicted that the tech sector could produce nearly 50,000 jobs in the next decade, which is not an inconsiderable amount.

Whether Britain is capable of producing 50,000 skilled ICT professionals in that time is something of a different matter.

If she can, then the economy will have succeeded in creating a large number of well paid, highly employable and mobile workers, which, in terms of long term GDP per capita growth and tax revenues, is gold dust.

At present, most of this new activity is based in the South East and London, with the North of England, the South West (excluding Bristol) and Wales lagging behind. A tech revival in Newcastle, Hull or Cornwall would provide much needed confidence and interest in marginalised regions.

In 2010 Tech City, the London IT sector’s industry body was established and this year it was given the remit to represent and assist tech start ups across the UK.

Among their initiatives is a project designed to help young entrepreneurs between 18-25 set up their own digital businesses, as well as advice on how existing businesses can grow and develop.

If the predictions are correct and Britain is able to compete in the tech sector in the next few decades then it’s probably wrong to think of it as a tech boom, which conjures up images of unsustainable growth resulting in collapse.

Instead, Britain’s economy appears to be shifting naturally into a high technology future, the question for individual investors and readers of this blog is whether or not to have anything to do with it?

It’s always worth considering Warren Buffett’s sage advice here, (paraphrased) ‘if you don’t know how it works, leave it alone.’

Or find out. Before you consider risking your shirt and backing the next Facebook (and you will quickly learn that everyone has the next Facebook), it might be worth consulting an independent financial advisor who knows the field.

It is possible for you to learn about the new tech industry, but even pundits who are immersed in it on a day to day basis have no idea what will work and what won’t.

If you do invest in technology, take a long term approach, don’t put in more than you can afford to lose and have it as but one facet of a wider investment portfolio.