Questions The Budget Needs To Answer 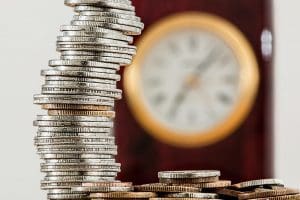 George Osborne was last seen holding the famous red briefcase in March. On that occasion he was delivering a coalition budget.

The new “emergency budget” is a fully-fledged Conservative budget. Some people may be tempted to ask “Why do we need a new budget so quickly?”

That aside, there are actually a number of questions this budget has to answer.

The Conservatives plan to combine spending cuts with a push for growth. Their ultimate aim is to move the UK out of the economic red and into the black.

Some people have, however, questioned whether the Conservatives’ plan to cut spending will actually have a beneficial impact. Some worry that they will cause suffering to the most vulnerable. Others simply believe that maintaining, if not increasing, government spending could stimulate growth.

What spending cuts will actually be made?

There are a couple of pointers about this already.

The Queen’s Speech made a reference to removing the right to housing benefit for 18-21 year olds.

Although not technically a spending cut as such, there is likely to be a reduction in pension tax relief for the highest earners.

One cut which definitely won’t be made is a reduction to, or even freeze on, the state pension. The Conservatives have explicitly pledged to keep the “triple lock” system. This means that state pensions are guaranteed to rise in line with average earnings, inflation or 2.5%, whichever is the highest.

How do we manage our household debt?

The Conservatives are focussing on national debt. Debt can, however, affect individuals too.

How can we increase the UK’s productivity?

As previously mentioned, lowering debt of any kind means cutting spending and/or increasing income (aka growth).

For individuals increasing income may mean getting a promotion or better job. Unfortunately countries as a whole can’t do this.

Sometimes some funds can be raised by privatising national assets, e.g. national companies. Margaret Thatcher used this tactic in the 1980s.

Unfortunately an asset can only be sold once. The government has indicated that it is prepared to sell more of its stake in Royal Mail. It also plans to reduce its stake in the bailed-out banks.

Notwithstanding this, its projections for the coming years do include growth.

In terms of a country, the term “current account” is essentially used to mean the flow of money out of and into the UK.

At this point in time, there is more money flowing out of the UK than there is flowing in. This is known as a current account deficit.

There are various reasons why money flows out of the UK. People buy goods and services from overseas. Workers from overseas send money home to their families. Overseas investors withdraw their gains to their home country.

Of course, the same comments also apply in reverse. In other words, these are all reasons why money flows into the UK.

One of the challenges facing the Conservatives is the task of turning the current deficit into a surplus, or at least a balance.