The Ombudsman – The Consumer’s Champion 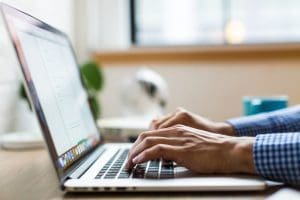 While the Financial Services Authority (FSA) might have become a familiar name, it is now no more.  As of April 2013 regulation of the financial services industry was divided between the Prudential Regulatory Authority (PRA) and Financial Conduct Authority (FCA).  The Bank of England also gained direct supervision for the whole of the banking system through its powerful Financial Policy Committee (FPC), which can instruct the two new regulators.

The Financial Ombudsman Service (FOS) still exists and carries on in its existing role.

What does this mean for me as a customer?

In practical terms the FPC and PRA will have little direct influence on the experience of those who buy financial products.  The FPC monitors the overall health of the financial services sector and regulates it as required, while the PRA monitors the health of major banks and insurance companies and can intercede if it believes that they are acting imprudently.  The FCA is responsible for promoting effective competition, ensuring that relevant markets function well, and for the conduct regulation of all financial services firms. This includes acting to prevent market abuse and ensuring that consumers get a fair deal from financial firms. The FCA operates the prudential regulation of those financial services firms not supervised by the PRA, such as asset managers and independent financial advisers.The FOS acts as a mediator between financial institutions and their customers.

What exactly is the difference between the FCA and the FOS?

The FCA looks at how institutions manage customer service and the strategies they use to sell their products.  It may take action against any given institution if it believes that there are general failings in some aspect of its behaviour but it leaves individual complaints to the FOS.

The FOS is essentially an adjudication service set up by parliament to sort out individual complaints that consumers and financial businesses aren’t able to resolve themselves. It is completely free to customers and if it finds in a customer’s favour the institution must comply with its decision. However, the FOS don’t write the rules for financial businesses – or fine them if rules are broken. That’s the regulator’s job.  The FOS covers a wide range of financial institutions from the main High Street names and their products to payday lenders and pawnbrokers.

How does it work precisely?

The FOS will only take action in a case if the financial institution in question has failed to resolve a dispute to a customer’s satisfaction.  In other words, any complaint should be sent to the institution in question in the first instance so that they have an opportunity to investigate and rectify it.  They have 8 weeks in which to do so.  At that point, if the customer is still left unsatisfied by the institution’s response they may proceed to the FOS.

Once the customer has set out their complaint, the FOS will need to gather all relevant information in order to come to a fair decision.  Depending on the complexity of the complaint this may take anything from a few weeks to several months.  The FOS aims to be as quick as possible but also has to be thorough and fair to both parties and many of the complaints it handles require it to understand a complex set of unique circumstances.

Payment Protection Insurance (PPI) complaints are a typical example of this.  Once the regulator has all the facts it will take a decision and inform both parties of it in writing.  If the FOS finds in the customer’s favour, the institution must comply with the decision.

What happens if my complaint is upheld?

Basically, the FOS aims to relieve you of the impact of the institution’s failing so it will award a level of compensation which it feels will achieve this.  For example it might order an insurer to uphold a claim or a lender to refund the cost of a mis-sold product.  It is highly unusual for the FOS to award compensation for inconvenience and distress and on the rare occasions when it does so, awards tend to range between £200 and £1000.

While the FOS has the authority to require institutions to make payments to customers, only the FCA can levy fines or other penalties on them.  The FOS’s role is as arbitrator; regulation is a completely separate matter.