How much tax should you pay? Finding the ‘Goldilocks’ rate. 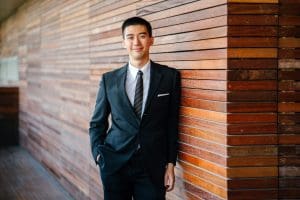 Once, long ago, the job of a rock star was to throw TV sets out of windows, drive Rolls Royce’s into swimming pools and shock, outrage and appall polite society.

Back in the 1970s, when the top rates of tax were levied for millionaire entertainers like the Beatles, the Rolling Stones and Eric Clapton, they either moved to LA or they paid their bills.

These days, our highest paid musicians and performers seem to have abandoned their wild man antics to live a quiet, but less financially transparent existence.

The case of Take That recently where three of the group invested £66 million between them in a scheme that acted as a tax shelter (in itself not an illegal act), has raised all sorts of ethical and financial questions among the rest of the tax paying population.

Even though the scheme was legal, the size of the avoidance has left the HMRC hot on Take That’s tails, demanding repayment of the taxable amount.

Many might ask, if the law doesn’t prohibit the avoidance of tax, why should we complain about Barlow and Co? Good question.

It helps to imagine the tax paying population as slaves in a Roman trireme, rowing to the beat of the HMRC drum, and when one particularly wealthy slave decides he wants a break from rowing, the poorer ones all have to row that bit harder.

Taxes have to be paid, it is quite literally the financial price for existing in a civilized society, and for libertarians who think the state should levy no taxes on the people, it might be worth taking a trip to a war torn and impoverished part of the world where there is no state, health care or policemen to see how that one really plays out.

Now, this article isn’t simply to make the case for tax-and-spend, it is, after all, in a personal finance blog. If we want to pay a fair amount of tax and contribute to society, but don’t want to be completely impoverished by HMRC, what is the best thing to do?

Firstly, get some advice. An independent financial adviser will be able to explore your circumstances, your saving and investment goals and your plans for the future. They will also be able to suggest financial products that will help you to become more tax efficient.

An adviser can help you to find what I call the ‘Goldilocks’ solution that’s just right for you, where you don’t pay too much and you don’t avoid too much either.

Again, limiting your tax liability within the law is perfectly ok, but the more ‘adventurous’ the scheme, the higher the chance that the tax man will look at it and decide to act against it.

Most reputable advisers will steer their clients to low risk investments that have no legal or ethical implications, and if you get advice from any source, be telling you about a scheme that sounds too good to be true, then it’s too good to be true.

Consider walking away quickly from such schemes because at best, they will land you with a nasty tax bill, and at worst they are simply scams and you will lose the money you invest.

The kind of dubious wheezes that Take That were involved in ultimately don’t make good financial sense, as we have seen, the greedier the scheme, the higher the certainty that HMRC will claw it back.

It makes sense to try to limit your tax liability but within some kind of reason, but ultimately where you draw the line is your decision.